Chicago is a dynamic city, rated among the top 10 most cultured cities in America-Travel and Leisure.  Whether you choose city or suburban living you will have easy access to an international airport and many educational and professional opportunities for spouses or families.  Enjoy theater, museums, dining, professional sports and our beautiful lakefront and parks throughout metro-Chicago.

Chicago is an international hub for finance, culture, commerce, industry, technology, telecommunications, and transportation. It is the site of the creation of the first standardized futures contracts at the Chicago Board of Trade, which today is the largest and most diverse derivatives market globally, generating 20% of all volume in commodities and financial futures. O'Hare International Airport is the one of the busiest airports in the world, and the region also has the largest number of U.S. highways and greatest amount of railroad freight. In 2012, Chicago was listed as an alpha global city by the Globalization and World Cities Research Network, and it ranked seventh in the entire world in the 2017 Global Cities Index. Chicago has one of the highest gross domestic products (GDP) in the world -generating over $679.69 billion in 2017.In addition, the city has one of the world's most diversified and balanced economies, not being dependent on any one industry, with no single industry employing more than 14% of the workforce.

Together, we make healthy happen.

Our supportive staff and leadership are committed to an autonomous practice environment and continuously strive to be on the forefront of managing the changing healthcare landscape, advances in technology and innovative approaches to providing impeccable outcomes for our patients.

Whether you’re looking to practice in the heart of a dynamic city such as Chicago or Milwaukee, a multi-specialty clinic in the suburbs, or a charming small town, Advocate Aurora Health has an opportunity for you. 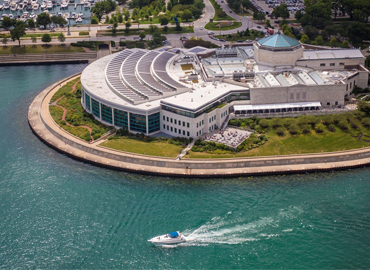 Find an abundance of dynamic attractions in South Chicago including the Field Museum, Adler Planetarium and Shedd Aquarium, several city parks, and a mix of residential and commercial developments. Learn more about the area.
Learn More